I gathered about 900 individuals from the Dodecad Project and the literature and run Clusters Galore on them. Dodecad Project members were included if any of the following conditions held:
Integrating among multiple datasets meant that the analysis was done on only 1,871 SNPs, which were however sufficient to infer 28 clusters with 9 PCA dimensions retained.
PCA plots
Below are PCA plots of the first nine dimensions; each dimension is paired with the 1st one to create 8 different scatter plots: 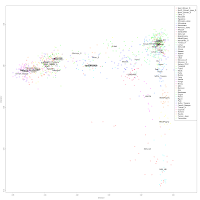 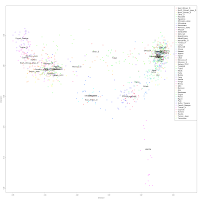 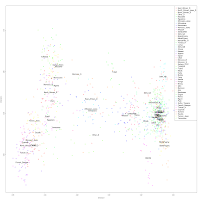 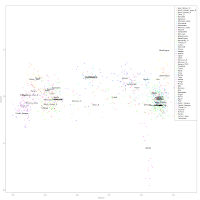 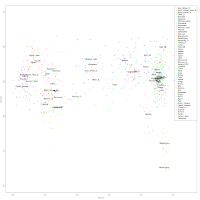 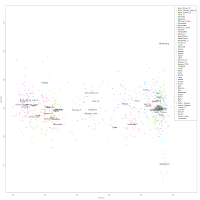 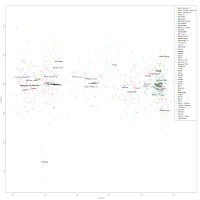 Galore/PCA results
All the results can be found in the spreadsheet, which contains:
Some observations
It does appear that within Africa two processes explain most of genetic variation:
With respect to Project participants:
Hopefully this will be useful to project partipants with an African background.
Posted by Dodecad Project at 6:39 PM
Email ThisBlogThis!Share to TwitterShare to FacebookShare to Pinterest
Labels: Africa, GALORE